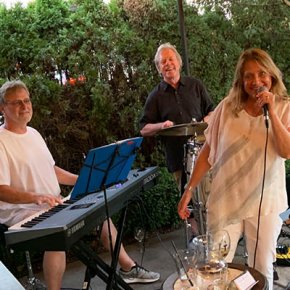 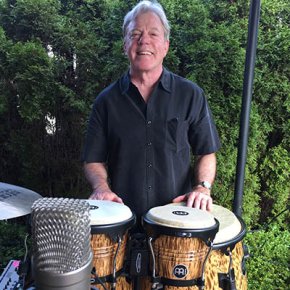 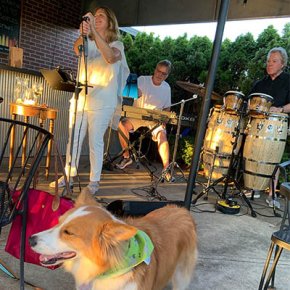 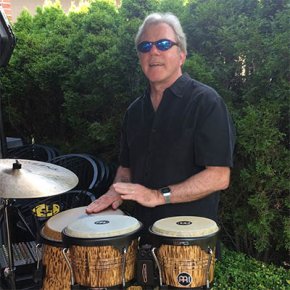 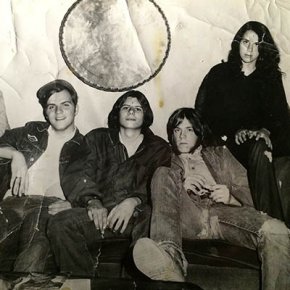 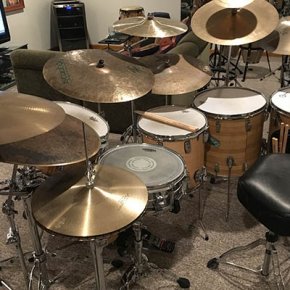 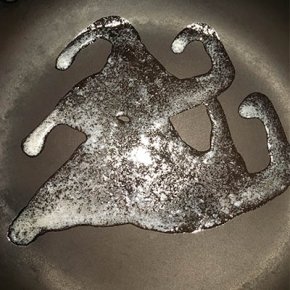 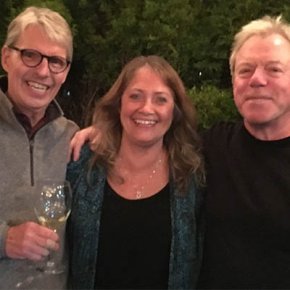 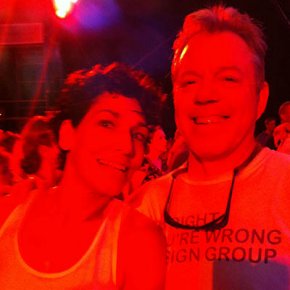 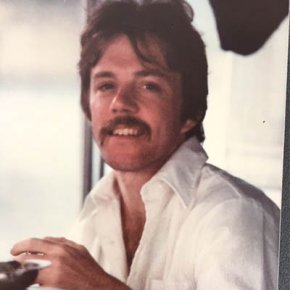 Most of this web site is about pursuing a musical concept, chasing it, really, through a number of ensembles with a lot of excellent musicians over forty years and knowing that you both got there and you didn’t.

It’s also about documenting what did get done and by whom, with equal parts fun and frustration; essentially the entropy of bands. Particularly, in this case, a band continuum that insisted on playing original non-rock, non-jazz cyclical music.

There is probably more here than you ever wanted to know about The Demand Badger Octet, Merz Pictures, Queer Career, Soft Machine, drum sets and fuzz tones, as well as the emotional physics of musical negotiation with band members. But hey, as long as you are here…

I will also be adding to this site recommendations on a wide variety of things that I am pretending that you absolutely need: concepts from my “I Am Right, You Are Wrong Design Group,” some neccesary book recommendations as well as the proper placing of art in your home, a personal crusade for me. Also you will find a handful of my essays, some of my blog wars, future guest star contributors, and finally more non-spectacular stories on the 60’s and 70’s. 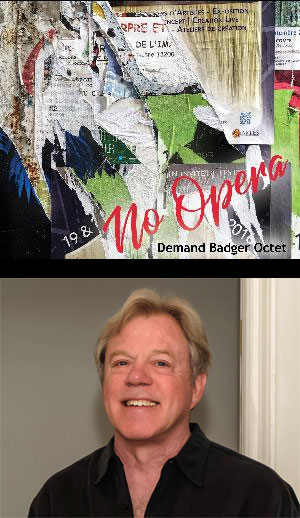 It is a scorchingly hot day in what seems like a crude, low rez approximation of early 1960’s Miami Beach. You seem to be in a parking lot of a huge luxury hotel. Two identical non-descript Volkswagen micro buses pull up and angle off – one on each side of you. It is understood that you are to enter one which you do.

The one on the left contains the future described in countless novels – the bleak, washed out schema of pure totalitarianism, Orwellian, State driven, loyalty trials, re-education centers, Darkness at Noon. You peer in the open door, inhale, get the drift and promptly amble over to the other VW.

This one features the William Gibson construct – cities have grown into one single giant “sprawl,” services and the infrastructure have all turned to shit, the haves have unimaginable technology, and the have not masses are forced to go decidedly low tech and low rent.  Jobs and careers seem to be an archaic memory from decades earlier and the sky – as Gibson himself mentions — looks like a “television tuned to a dead channel.” The State is not the problem here, rather it is the modern form of High Tech Gangster world masquerading as Corporations with their tribal spin-offs creating the tension, violence and opportunity. Cash is laughably obsolete, a relic, and everyone has a “Chip Card” for commerce making it almost impossible to be off the grid.

You back away from that open window, ears humming, and want to sit down. Suddenly you really need to sit for a moment and decide to actually digest what you have seen or begin to work on cancelling out both visions of possible future-world. But there they are.

While they are very different projections they share a common umbilical cord: they show a world bereft of privacy. Without privacy there can be no liberty, no freedom. None. Within the State Sponsored VW the individual is, as the Totalitarian Operations Manual demands, constantly monitored for adherence. One knows that they have no privacy – it is not even a question. Within the high tech – low tech futura VW bus you have no requirements to pledge allegiance to anything because there is really nothing there other than the necessity to survive the mutated City -State economic gang warfare which is what the mainstream economy has come to.  But you also have zero naiveté that you are not being monitored. If you matter at all – if you possess even a modicum of resources or import – someone knows what you are doing, what you are spending, on what, where and with whom. Admittedly, it is not a construct that has fully shown up yet but we are getting postcards that it is en route.

So how did we get here, a stepping stone away? How did we go from having our entire national identity based on “Individual freedom “and “Freedom First!” to submitting to everything from constant searches and low end abuse at airports because of a single very bad day more than a decade ago, to tacitly accepting that someone is listening to your personal phone calls and reading -even programmatically – your correspondence and not going bat shit crazy as a populace?

If you were to get, say ten GI’s to meet at that same simulation of a  Miami parking lot – all wearing their Greatest Generation T shirts and showed them the insides of both VW’s they would totally understand the first one, the State Sponsored Hellscape.  They would have seen the shadowy outlines of Stalin and the Gulags, of Berlin and maybe even Mao. Exhaling smoke from their permanent cigarettes they would have reminded you – with some irritation – that this is why they went to war in the 40’s and 50’s – to ensure that would not happen here.

The second VW would have flummoxed them, would prove to be far more upsetting. Not just the technology but how did everything go to shit so damn fast? I mean, seriously. They know economies flourish and fall – hell, they lived through the Depression. But they just can’t wrap their heads around someone listening in on every call – reading your mail, knowing where you are spending your money in real time – who you are talking to, on and on. And no one puts up a fight? Someone is that far up into your snout, your business and you just let them? “That’s what we fought for? Fuck you.”

If they could get past their disgust I could explain it. I really could. It would still sound horribly weak but I could. In a crazy run on sentence it would sound like this:

“ 911 / terrorists wanting to do more 911’s / it’s nice that Amazon knows what I just ordered / it’s nice that Amazon remembers me / it’s great that NetFlix knows what movies I would like / it’s convenient that I don’t have to keep re-entering my credit card / terrorists are mad at us because we wanted to bring Freedom to the Mideast and they just don’t get why we needed to invade/ Facebook is fun / GPS is très convenient/ if I am not doing anything illegal why should I care that someone monitors me? / I need Instagram / on-line banking is convenient / 911 could happen again / it’s a small price to pay / they hate our freedoms…

Repeat as a chorus…

I would also explain that it didn’t happen all at once; there was a big shock to the system, followed by a heavy daily dose of 100% pharmaceutical grade media-Fox fear, then the slow motion dance of technology, convenience and modernity doing the rest. But slowly…. Slow-motion slow.…frogs not jumping out of a saucepan slow. No malice, no end game other than commerce until of course, there was.

Snowden, NSA… this will sound like ancient history in a year or so. The news cycle will turn over and we will have moved on. But we will also have left a lot behind. Maybe almost everything.