New from The Demand Badger Octet:
Terror Management Theory
(A review in reverse) This month I’m releasing the new CD from my semi-fictional ensemble, The Demand Badger Octet.

Fictional in the sense that I am playing all the parts except, happily, for Molly Beaird’s vocals on ‘Big Bang,’ the first cut. Also, everyone listed is definitely a real person; almost all of them were in my first grade class. I just loved their names: Monique Maifair, Anne Asp, Dorsey Worthington.

But more importantly, after playing in and writing for bands and ensembles for almost twenty years, it is much more fun to write parts for a person and imagine them playing and rehearsing it. It becomes more animate. All the parts are played in real time; much of the CD is instrumental.

I wrote and recorded the tune ‘Big Bang’ in 1990 but was never happy with it, primarily because of the vocals. So now I am very happy that Molly made them sound better than I could have hoped for. Not to get ponderous, but the song is about conspiracy, specifically that our country’s history is a result of conspiracy—from the Declaration of Independence to the Texicana land grab to Operation Paperclip at the end of World War II, and, oh yeah, a little change of Administration in 1963. 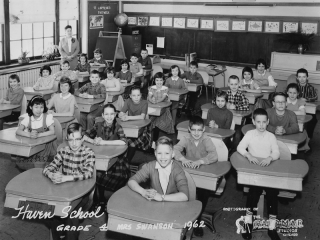 Conspiracy outside of history, within systems like natural selection and even physics, to me is also a fun metaphor. But within our history the national default setting on conspiracy is total skepticism, externally and purposefully wired into our collective worldview. Occam’s Razor still trumps but more often than not the conspiracy theorists do get it right. It might take decades but eventually.

The CD in the main is, of course, about Terror and Terror Management; how terror is real, yet also how powerfully it can be manipulated, terror being both true and not true even at the same time. What specifically you are afraid of at any one point in time tells a lot about both a person and a country. This is why both Goebbels and the build-up to Iraq get the special mention as well as some other greatest hits. I also employed a number of sports metaphors that I found oddly appropriate — in an attempt to be less didactic, but you get to decide that.

Please listen to the CD and if you pretend to like it I will be your best friend for an entire week.

Back to the Discography